In this slideshow filled with big Ford trucks, you'll see the range of vehicles that Ford offered to truck consumers in the past decade. These trucks cover Ford's most popular models from 2000 through 2002. This slideshow provides a glimpse of what you can expect from big Ford trucks.

To start with , the Ford Super Duty F-650 was one of the biggest trucks in the Ford F-series line. These trucks were workhorses with low operating cost, a rear axle 23,000 pound capacity and a 260 horsepower engine.

The Ford F-250 Platinum Edition was one of the early spacious 4-door trucks, with a diesel 250 horsepower V8 and four-wheel drive. The Platinum edition was a luxurious one, with two-tone leather seats and solid chrome bumpers and running boards.

The Ford F-250 is one of the most popular vehicles for towing equipment or camping trailers, while providing the luxury and comfort that non-commercial owners require.

The Ford F350 was Ford's first truck in the half-ton market. The F-350 was a large truck by anyone's standards. It came with three engine choices, a 300 horsepower V8, a 362 horsepower V10, or a 350 horsepower V8 Diesel. The F350 remains an ideal choice for drivers who need extra powerful towing capacity but the convenience of a truck that isn't so large that it's unmanageable.

The Ford Ranger was one of Ford's forays outside of the F-Series truck line. The Ranger was well known for its sporty and sleek look and range of color choices. With 2 WD or 4 4 WD options, it comes with either a 148 horsepower V6 or a 207 horsepower V6. This truck is a popular option among rural commuters who need the convenience of a truck but with slightly better fuel efficiency than most larger models.

The Ford Explorer Sport 4x4 was one of the first SUV models before the term sports-utility vehicle was ever popular. The Ford Explorer offered the frame and power of the big truck, while the enclosed cabin provided both passengers and gear with protection from the elements. The Explorer replaced the older Ford Bronco model, and with the V8 engine and 4 wheel drive, it fast became the family vehicle of choice in rural areas - thanks to the extra cargo room and the ability to travel during inclement weather.

The Ford Expedition is a carefully engineered model that combines a stylish appearance with rugged functionality. A chrome bumper and rear step bumper adds class to the appearance, and the 4000-pound towing capacity, standard luggage rack and front hooks lets owners put the big truck to work.

Like the Ford Explorer, the Ford Excursion was another vehicle in Ford's class of Sport Utility vehicles, except that the Excursion was Ford's attempt at providing the "biggest" SUV available. The Excursion is 7.4 inches longer than the Chevy Suburban and has a wider wheelbase as well.

The Excursion design was based on Ford's very large F-Series F350 model, weighing in at just over 7,000 pounds and powered by an amazing V10 engine on 4 wheel drive models. If there was ever a contender for the largest SUV in the market, this would be it. And that was clearly Ford's intent.

The Mercury Mountaineer was originally identical to the Ford Explorer, and so since consumers were unsure of the differences, most shied away from the Mountaineer. Because of this, Ford redesigned this Mercury line of SUVs with a new front end and new, unique wheels that set it apart from the Explorer.

The Ford Econoline has been a strong presence in the commercial industry as a workhorse when it comes to hauling product, shipping packages or carrying tools and equipment. Ford offered the E150 Traveler as a way for families to take advantage of the cargo-van style of travel, but minivans and SUVs were far more popular.

For more information about Ford vehicles, check out the following LoveToKnow Cars features: 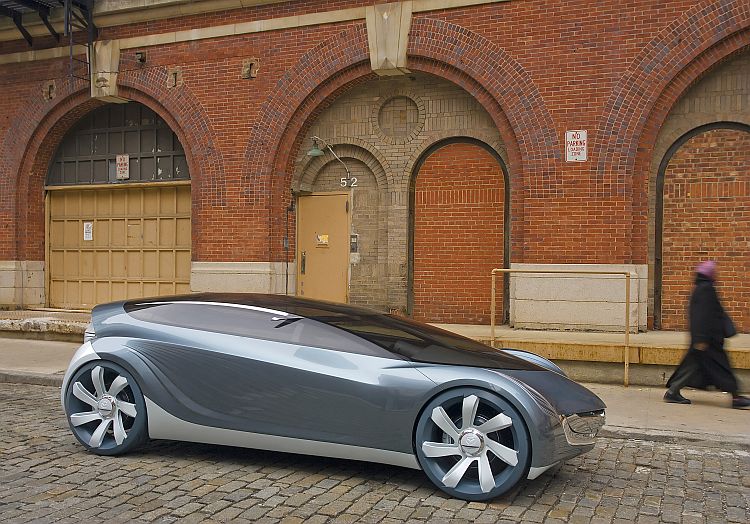