When the car was invented, most people saw it as a novelty and a luxury item. The "horseless carriage" was something to turn heads and impress neighbors, but few people expected it to replace the horse and wagon as a means of everyday transport.

Early automobiles were comparatively expensive since they were assembled by hand. At the Ford Motor Company, for instance, two or three autoworkers would devote days to producing a single automobile. Even by employing many workers, a plant could only produce a few vehicles a day. Since it took so many man-hours to create a single car, companies had to charge high prices.

It was the invention of the assembly line that made car ownership a realistic goal for most Americans. By 1920, auto companies had put the assembly line to use, and Ford Motor Company alone was producing one million cars per year. This translated to a dramatic drop in the price of automobiles, making it possible for middle-class families to afford a car.

The cost of car ownership has, however, long been on the rise. Cars have long been seen as a necessity, and people often go into debt to purchase vehicles. Some recent trends indicate that things may be starting to change, with U.S. car ownership statistics beginning to decrease slightly.

Car Cost as a Percentage of Income

The affordability of cars has changed over the years, and this can have a significant effect on vehicle ownership. In the early years of the auto industry, cars were rarely financed as they are today. This meant that families needed to save up to buy an automobile. Later, as other countries began to compete for U.S. car consumers' business, the cost of a car dropped in comparison to household income.

The following Chevrolet car statistics from Quora help illustrate the historical change in the cost of a car and its effect on vehicle ownership in decades past:

According to the United States Census Bureau, the 2016 median household income in the United States was $57,617. The following statistics on car cost as a percentage of income are calculated using that amount and average new car prices by type, as reported by Kelley Blue Book (KBB) in January 2018. 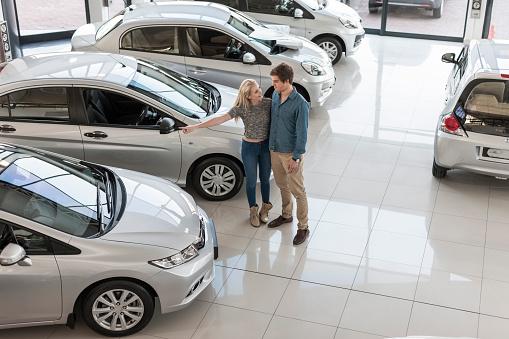 In light of the modern purchase price statistics, it isn't surprising that the vast majority of cars are not purchased outright. Instead, most cars are purchased or leased.

Car Ownership in the U.S.

The vast majority of houses in the United States have one or more vehicles. That has been the case for a long time, with steady increases year over year. That is, until recent history.

Times May Be Changing

U.S. Census Bureau statistics indicated that 91.1 percent of American households had at least one car in 2010. As of 2015, that number had dropped slightly to 90.9 percent. While the decrease is fairly small, it comes after decades of steady increase. Planetizen indicates that much of this decline can be attributed to millennials who live in large cities and are opting out of car ownership.

Some sources seem to think that this statistic isn't just an anomaly, but may be a "tipping point" marking the beginning of a trend toward a decline car ownership. A variety of factors could lead to a long-term decrease, including the rise of ride-booking services such as Lyft and Uber.

The U.S. Government officially began keeping car ownership records in 1960, and this information is now collected and stored by the Bureau of Transportation Statistics. Quora shares statistics through 2008 and more recent information is available from other sources.

Worldwide, car ownership has also risen throughout history. As developing countries attain greater economic stability, their residents are more likely to purchase vehicles. Today, consumers in China, India, and other Asian markets play a significant role in worldwide automotive consumption. According to Green Car Reports, there were over a billion cars on the road worldwide, and that number is expected to reach two billion by 2035.