The history of the automobile industry, which most historians consider having started around 1900, is also the history of the twentieth century. Learn about the growth of this important sector of the U.S. economy.

History of the Automobile Industry by Decade

Several important milestones have helped to shape the modern automobile industry. When you examine the historical context of the auto industry, it's easy to see that this major force of the U.S. economy has weathered many ups and downs over the years. Recent events like the auto industry slowdown, globalization of vehicle manufacturing, and car companies filing for bankruptcy are only a few of the many challenges faced by the auto industry in the twentieth and twenty-first centuries.

Before 1900: The Auto Industry Begins

Prior to 1900, the automobile was really a novelty item, not yet a major force that represented an industry. While many developments contributed to the birth of the modern automobile, most automotive history buffs and the Library of Congress credit German inventor Karl Benz with creating the first modern automobile. The three-wheeled 'Motorwagen,' first created by Benz in 1886, became the first production automobile. Benz made several improvements in the Motorwagen, which eventually featured four wheels, a fuel tank, and rear brakes.

1900s: Cars Are Marketed to the Average Family 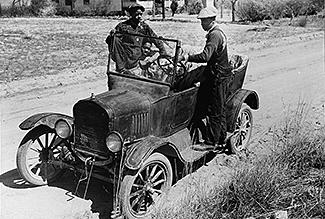 During the first few years of the twentieth century, automobiles had a fairly limited audience. Because they were expensive and time consuming to produce, most cars were too costly for the general public. However, between 1904 and 1908, 241 different firms began producing cars aimed at the American consumer. In 1908, Ford Motor Company created the Model T, the first car aggressively marketed to the average family. By widening the sales base for the automobile, Ford did a great deal to create an industry for cars and car products.

The Model T, which was originally built individually, was the first car to be mass-produces on the assembly line. When Henry Ford invented the assembly line in 1913, he was able to make the Model T even more affordable and accessible. Bryant University reports that by 1918 half of American car consumers owned Model Ts. Meanwhile, William C. Durant established General Motors in 1908, combining Buick, Oakland, and Oldsmobile. Later, he added Cadillac and Chevrolet. The Dodge brothers, both bicycle builders, created the four-cylinder Dodge Model 30 in 1914.

1920s: The Automobile Takes Off 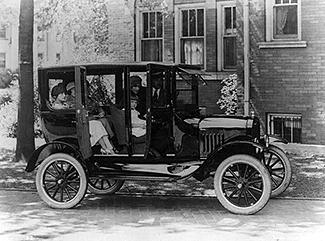 The roaring 20s were a time of great growth for the auto industry, as more and more consumers bought their first cars. The Chrysler Corporation was started in 1925, and many other small car companies began during this decade. By 1929, the year of the stock market crash that began the Great Depression, car companies were producing and selling 5.3 million vehicles a year, according to the University of Michigan.

1930s: Sales Slow During the Depression

The Great Depression hit the car industry hard, according to the GM Heritage Center. Many automotive historians estimate that up to half of all car companies failed during the 1930s. At the start of the Great Depression, car companies were mostly small and specialized. By the end of the decade, they had been consolidated into larger, stronger corporations. There was less specialization, but the 'Big Three' emerged as an important force.

The Great Depression was also an important time for organized labor. Auto companies were laying off workers, and there were increased demands on the workers who remained employed. Amid these tensions, organizers created the United Auto Workers Union (UAW) in 1935. The union would play a major role in the auto industry from that time onward. 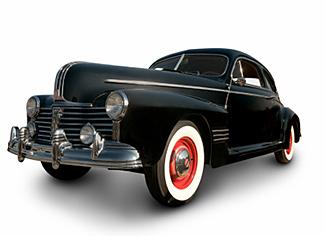 World War II helped the American economy emerge from the Great Depression, and prompted growth in the auto industry. According to 1940s.org, the government shut down all the major car factories in 1942 and converted existing stock for use by the armed services. Consumers could buy cars, which were heavily rationed, if they could demonstrate significant need. During the period when new vehicle production was frozen, many companies began to create vehicles for the armed forces, leading to great technological advancements.

After the end of World War II, Americans began a great love affair with the automobile. The freeway network, first begun in the 1920s, grew dramatically during the 1950s. Cars were a permanent part of the American way of life. According to PBS, the 1950s saw cars with innovative new technologies and rocket-inspired designs. The American public was buying more cars than ever before. 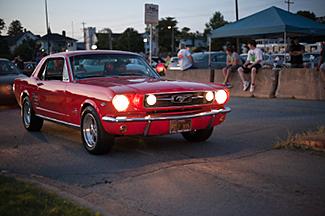 In the 1960s, the auto industry focused on making safer vehicles that could meet the needs of the modern consumer. In 1964, Studebaker-Packard was the first company to introduce seat belts as standard equipment on all of its vehicles. In addition to safety, car buyers of this era expected vehicles to be powerful and spacious, and fuel economy was not a major concern.

In the 1970s, a major oil crisis forced automakers to create vehicles that were more fuel-efficient. According to Live Science, 20 percent of gas stations in 1974 had no gas to sell to consumers. This focus on gas mileage wouldn't last long, however. When the oil embargo ended, carmakers returned to producing fast, powerful vehicles. 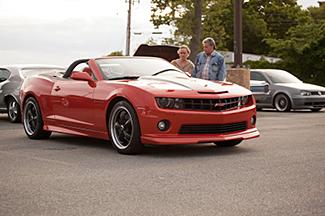 After the 1980s, the most significant impact of the growth of the global auto industry was the influence of globalization. The high demand for vehicles, combined with the low cost of skilled workers in countries like China and India, led to a situation where manufacturers in those countries could produce cars at a fraction of the cost of unionized U.S. manufacturers. Automakers could then export those less expensive vehicles to developed countries across the world. According to a 2009 Duke University report on the auto industry, in 1975, 80 percent of global auto production came out of seven countries. 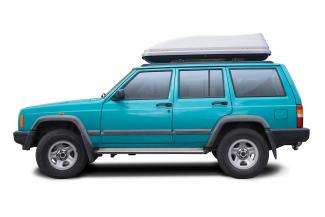 During this decade Sport Utility Vehicles (SUV) became incredibly popular. Stable gas prices in from the 1980s led consumers to worry less about the use of resources for these larger, four-wheel-drive vehicles. While customers weren't overly concerned with environmental concerns, governments were. States like California led the charge to require automobiles were made safer for the environment. This led to major technological advances like more production of cars running on electric batteries. In the late 1990s the first hybrid cars were manufactured with both a small gas engine and an electric motor. 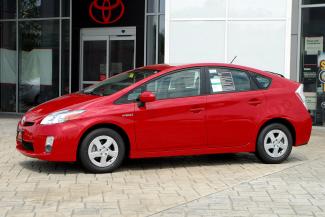 By 2005, 80 percent of global production came from 11 countries, representing a widening of the playing field and a significant growth in global competition. During the first few years of the new millennium, car companies catered to consumers who expected powerful vehicles. The sport utility vehicle (SUV) was king, and it was easy for consumers to obtain credit to purchase one of these expensive automobiles. However, in 2008, a major economic downturn prompted banks to tighten financing requirements. Fewer people could afford to buy an expensive vehicle. At the same time, fuel became more expensive. In the summer of 2008, record fuel prices caused many consumers to sell their large vehicles and buy smaller, more efficient cars. Hybrids and gas-sipping compacts now ruled the road. As the recession lifted, this focus on fuel efficiency and practicality remained. 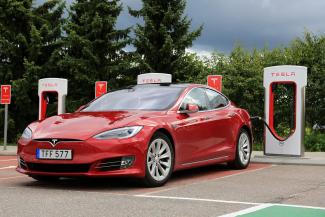 Since 2010 the auto industry has been recovering from its past losses quickly The industry saw its best year since 2007 in 2013 with more sales and jobs each year. Drivers now have more options on types of vehicles and add-on luxuries than ever before. Fuel-efficient and sustainable automobiles are popular, and self-directed vehicles and those with internet connected services are rising in popularity. In 2016 nearly half of people ages 25 to 34 said they would use a fully autonomous vehicle because they think it's safer than a traditional car. You can expect to see exponential growth in the global market for high-tech vehicle components in the coming years.

Adjusting to the Consumer's Needs

Throughout history, the automobile industry has shown a remarkable ability to adjust to the changing times. Although manufacturers have come and gone over the last century, the industry has focused on creating cars that meet the needs of the consumer.