Wondering if you are affected by Honda CRV recalls? For owners of these popular Japanese sport utility vehicles, it's a good idea to stay informed about potential safety issues. In fact, no matter what kind of car you own, you should know how to handle a recall.

About the Honda CRV

Since Honda began manufacturing the CRV in 1996, it has been a popular car with American consumers. Noted for its reliability and practicality, the CRV has seen impressive sales in recent years. In 2009, a difficult year for many automakers, American car buyers purchased 191,214 of these small sport utility vehicles.

In 2009 and 2010, Toyota recalled nearly nine million vehicles worldwide, leading to increased consumer concern about the safety and reliability of Japanese vehicles. General Motors, Chrysler, and Ford also issued recalls during this period of time, but a great deal of consumer and media attention remained focused on recalls by Japanese automakers, including Honda.

Many CRV owners report that the small SUV is safe and reliable, but there have been reports of Honda CRV problems. If you own a CRV, you may want to confirm that your vehicle has not been recalled. 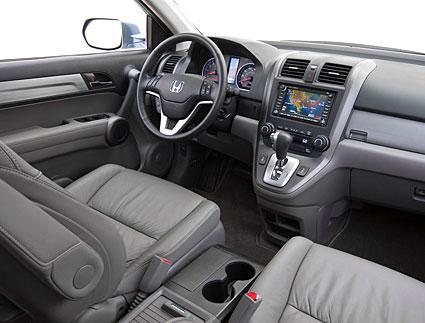 Over the years, there have been several Honda CRV recalls. Here are a few of the most significant:

Is Your Car Affected?

As of 2010, the following model years of the Honda CRV have been recalled for various problems:

While there are many Internet sites that offer information about CRV recalls, you should use an official source to determine whether your vehicle is actually affected. New recalls are issued from time to time, so it's important to make sure your information is up-to-date and accurate.

To check if your CRV has been recalled, use one of the following sources:

It's important to take automobile recalls very seriously. Even seemingly minor issues could have a major affect on your vehicle's safety. Periodically checking for recalls is part of being a safe driver and a responsible automobile owner.