As people look to save money on tires without skimping on quality, companies like Kumho Tire, USA, Inc. manufacture tires for passenger cars and light trucks and SUVs. What are the latest Kumho tire reviews and does this Korean-based tire company make an affordable and durable tire?

Kumho Tire first started as Samyang Tire in Korea in 1960. By the late 1970s, Samyang Tire had formed a relationship with Uniroyal tires, and by 1996, the company changed its name to Kumho Tire Company, Ltd. A division of Kumho Tire Company, Ltd is Kumho Tire USA, Inc, which is headquartered in Rancho Cucamonga, California with a sales office in Fort Lee, New Jersey. Kumho tire distribution plants can be found in McDonough, Georgia, New Lenox, Illinois, South Brunswick, New Jersey, Groveport, Ohio, and Grapevine, Texas.

With a promise of advanced technology combined with affordability, Kumho Tires also delves into the eco-conscious tire, including tires for electric vehicles, synthetic rubber with a lower CO2 content, and Polycyclic Aromatics Hydrocarbons (PAH)-free tires.

Kumho makes tires for sedans, crossovers, luxury cars, and minivans. All of these are included in their passenger and touring offerings. They include the Solus, Sense, and Ecsta. Passenger tire reviews are courtesy of TireRack, 1010Tires.com, and Tire Buyer.

The Solus lineup includes the KH16, KH25, TA11, TA31, and TA71 models. Most customers were impressed with the affordability of Kumho tires, but the wear and performance in wet conditions were common complaints.

The sense is a grand-touring, all-season model. It received pretty high marks for performance and responsiveness. Additionally, the price was very reasonable for several reviewers. However, most reviewers noted that the tires didn't last as long as expected even with normal driving habits. 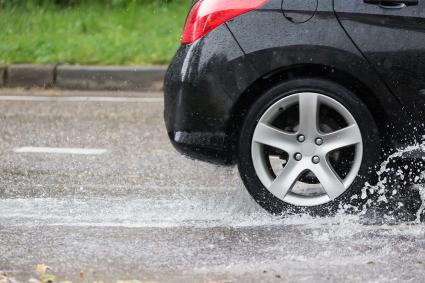 The Road Venture lineup includes the AT51 and MT51.

Also branded as an all-weather tire, the Ecsta SXT had mixed reviews. Some said they noticed noises and the tire's ability to pick up small stones. Others were happy with the treadwear (up to 40,000 miles) and felt the tires performed well in all-weather conditions, including snow and ice. Overall, most said that although the tread seemed fine, they noticed cracking near the sidewall, which became a concern for potential repeat buyers.

The Crugen offers the KL33 premium and the HT51. While the HT51 is an all-season highway tire and the KL33 is designed for SUVs, both Crugen styles received a consistent 4 and 5 stars from users on TireRack and Tire Buyer. Many users noted the stiff sidewalls. The quietness of the tires and their performance were commended especially given the reasonable price.

Kumho Tire USA, Inc offers a Warranty Policy on their website that is confusing due to a treadwear rating conversion chart. Credits or returns on the tires are based on a mathematical formula that is hard for the average consumer to comprehend. It is suggested you read the warranty and ask questions when purchasing Kumho tires, so you have a clear understanding of how the warranty works. When buying Kumho tires, make sure to save your receipts. You can find a Kumho dealer by entering your zip code on their website.

Kumho automobile tires reviews are mixed, but for the price of these tires, it's best to consider how much driving you do and where you do it. Kumho tires did better on city streets than on highways. If you choose to buy a Kumho tire, make sure you understand their warranty policy.

XC: The XC is a newer tire and had fewer reviews than other old favorites. However, most customers were satisfied with the wear and performance of the tire, even in wet conditions. One reviewer did note a distinct noise with the tire.

Bang for Your Buck

While Kumho Tire does offer a warranty and affordable tires for any type of vehicle, a common theme among their reviews is the quick treadwear and their subpar handing of wet or slippery conditions. However, this does depend on how and where you drive. Most noted that highway driving ate the tires more quickly. Noise and balance issues were also noted across several tire lines. It was also stated that with regular maintenance and rotations, these tires lasted well and were a steal compared to competitors. Therefore, it is important to look at both the pros and cons and examine the tire reviews before buying.