With its many ups and downs, the auto industry can sometimes call to mind an out-of-control roller coaster. However, studying these trends can offer insight into where the industry has gone and where it may be going in the near future.

A Cottage Industry: Before 1900

Prior to 1900, automobile production was more of a cottage industry - a small-scale endeavor. Cars were crafted individually by skilled mechanics, making them rare and expensive for the average consumer. However, increasing demand for cars and trucks drove these mom-and-pop establishments to become major manufacturing houses, and many experts believe the auto industry was born right along with the 20th century.

Studebaker, the biggest carriage manufacturer in the world, began making electric vehicles in 1902 and transitioned to gasoline-powered engines in 1904. This transition was emblematic of the country's journey from horse-drawn carriages to automobiles.

During this period, there were hundreds of small automobile manufacturers. In order to compete for customers, there was significant pressure to create new features. The number of manufacturers led to many impressive technological advancements in the industry, including all-wheel brakes, independent suspension, throttle controls, electric ignitions, and transmissions. 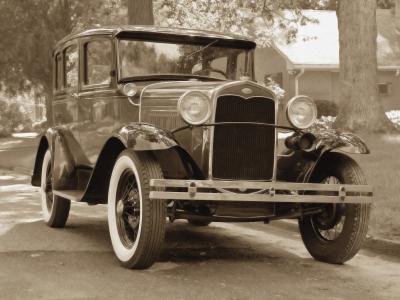 In 1908, the Ford Model T became the first car that was affordable enough for the common citizen. After Henry Ford invented the assembly line in 1913, the Ford company produced the Model T on the line. According to the History Channel, the time it took to assemble a Model T dropped from 12.5 hours before the assembly line to only 24 seconds when the line was perfected. This made the car affordable for the average American. The assembly line may be the single greatest development in the auto industry, sparking a trend toward mass-produced vehicles that would continue through today.

At the start of the Great Depression, auto production was at an all-time high. In 1929, the year of the stock market crash, the auto industry was still primarily made up of many small companies. According to the University of Michigan, by the end of the Great Depression, one-half to one-third of these companies had failed or were taken over by competitors. In the US, the "Big Three," General Motors, Ford, and Chrysler, emerged as a formidable force in the auto industry.

Amid heavy Depression-prompted layoffs and growing tensions between workers and auto manufacturers, the United Auto Workers Union (UAW) was founded in 1935. The UAW would go on to be one of the strongest forces shaping the auto industry in the 20th century.

World War II brought a period of great economic growth to the auto industry and the world. Car companies produced vehicles for the military, and this production gave rise to the reintroduction of technologies like headlights and front-wheel drive.

Development of the freeway system began in the 1920s, but freeway development really took off during the 1950s. These modern roads revolutionized the way Americans got around, and more people owned cars. The automobile industry was thriving.

The fuel shortages of the 1970s also briefly influenced the auto industry. For a time, car makers worked to improve the fuel efficiency of their vehicles. However, when fuel became affordable again, consumer priorities shifted toward powerful, comfortable vehicles that could seat several passengers.

In the late 1970s, computers began to play an important role in the automotive industry. Vehicles began to sport small on-board computers and other electronic devices. In addition, the computer heavily influenced auto production. Automation made it possible to produce more vehicles with fewer workers.

During the last few decades, safety has become a major priority for auto manufacturers and car consumers. Developments like air bags, antilock brakes, and seat belt pretensioners have made cars safer than ever. Additionally, large recalls from a number of manufacturers placed greater public emphasis on safety.

Global production of vehicles has also revolutionized that industry. Cars are now made all over the world, and this trend has had a dramatic impact on the U.S. auto industry. According to the International Organization of Motor Vehicle Manufacturers, China, Japan, and other countries have edged out the U.S. for the honor of top vehicle-producing nation.

In the 1980s, auto manufacturers began creating multiple models using the same basic platform. This trend continues today. With model lines cut from just about every manufacturer, regardless of consumer interest, automakers are forced to use the same platform in vehicle manufacturing. In body size, these cars are the same, but the electronics, exterior paint, and interior fabric options, along with optional modest to high-cost computerized accessories, make them appear different and carry different price tags.

During the 1990s and early 2000s, vehicles were large and powerful. Consumers wanted cars that could transport large amounts of cargo and many passengers. In recent years, historically high fuel prices have caused consumers to change their priorities, and fuel-efficient vehicles are popular. 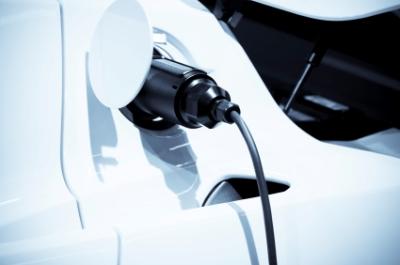 With the increased emphasis on fuel economy, many car companies began to produce alternative fuel vehicles. Options range from hybrids like the Toyota Prius to plug-in vehicles and cars that burn bio-diesel or natural gas.

Throughout the 1980s, 1990s, and 2000s, automated features began to appear in cars. In recent years, back-up cameras and other features are taking some of the guesswork out of driving, and according to Automobile Magazine, this trend is expected to continue.

The various trends in the automotive industry illustrate the adaptability and ingenuity of automakers and the changing priorities of car consumers. These trends even offer insight into the future of this industry, which will likely include alternative fuels, automated driving features, and safer vehicles.

0
Comments
© 2006-2021 LoveToKnow, Corp., except where otherwise noted. All Rights Reserved.
Trends in the Automotive Industry