If you're shopping for a used car, don't fall into the trap of buying a vehicle that will let you down. While many used cars provide years of reliable transportation at a fair price, there are a few models that are disappointing for buyers.

18 Used Cars You Should Avoid

According to a variety of sources, the following cars represent the worst used vehicles you could purchase, especially when it comes to reliability. If you're in the market for buying a car, these are the cars to avoid (in no particular order).

Although Ford has been making the popular Explorer since 1991, and the model is among the safest SUVs on the road, this vehicle also makes a questionable pick for a used car. With several model years appearing on the CarComplaints.com list of the worst vehicles, it's important to be cautious when buying one of these SUVs.

According to FordProblems.com, the 2002, 2003, and 2004 models are especially prone to issues. The transmission was the source of the most problems, resulting in expensive repairs. Additionally, many owners reported problems with the body paint, which if compromised, can lead to rust. 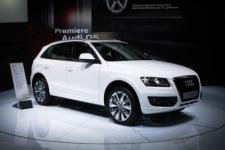 This luxurious compact SUV, which first went on the market in 2009, has a comfortable and beautiful interior and handles extremely well. Its powerful V-6 engine offers plenty of get-up-and-go. Unfortunately, the Audi Q5 is plagued with significant reliability problems.

Consumer Reports gave the Audi Q5 its worst rating for overall reliability. In the My Audi Q5 Owner's Forum, there were complaints about the climate control system, the navigation system, the stereo and speakers, and the functioning of the keyless entry. This applied to all model years from 2009 through the present.

According to Forbes.com, the Jeep Wrangler is another bad bet for a used car. Although it's fun to drive and has that irresistible Jeep styling, there's no telling how previous owners treated it. Because of its reputation as a great off-road vehicle, the Wrangler is likely to have been abused by past owners.

MotorTrend also reports that the Wrangler has been included in a number of manufacturer recalls for equipment like brakes, fuel system, transmission, and wiring. For the past decade, there has been a recall for every single model year of the Wrangler. 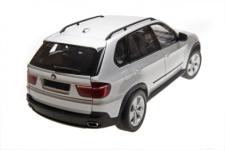 Introduced in 2000, this luxury SUV has exceptional performance and a comfortable interior. Even as a used car, it's pricey, but the stylish exterior and BMW cache are worth a lot to some buyers.

CarComplaints.com also lists the Dodge Intrepid as among the least reliable used cars you could buy. Dodge produced this sedan between 1993 and 2004, during which time it won a number of awards. Reviewers loved this car for its roomy interior, great handling, and comfortable ride. Unfortunately, the years have not been kind to this car.

According to CarComplaints.com, 1999, 2000, and 2001 are especially bad years. Consumers reported engine failure in a number of instances. Other problems involved interior accessories and electrical issues.

Manufactured from 2005 through 2011, the Cadillac STS was based on the Seville platform. It received rave reviews for its comfortable ride and exceptional handling, but Forbes.com includes it on the list of the worst cars you can buy used.

According to the Cadillac Owner's Forum, drivers who own this vehicle have experienced a number of problems with the engine, audio system, fuel system, navigation system, and cooling system. 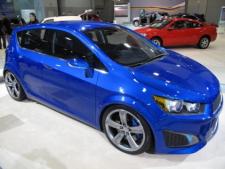 This super compact car was manufactured between 2005 and 2011, but it has now been retired. Reviewers hated the Aveo's appearance and unimpressive fuel economy.

According to The Truth About Cars, the Aveo is actually made by Korean carmaker Daewoo, who has a reputation for making some of the least reliable cars on the market. In the Edmunds.com forums for the car, owners complained about the transmission, cooling system, and fuel system. There were also several complaints about starting problems.

CarComplaints.com also includes the Chrysler Sebring on its list of the most repair-prone used vehicles on the market. The mid-sized sedan was sold between 1995 and 2010.

According to ChryslerProblems.com, the worst years for this car were 2001, 2002, and 2004. Engine problems topped the list of complaints, followed by problems with the climate control and electrical system.

Discontinued for model year 2005, the Chevrolet Blazer was once a popular SUV. Unfortunately, poor crash test ratings and terrible reliability make this a model to avoid.

The Edmunds.com forums offer a clue about some of the worst aspects of this vehicle. In particular, owners complained about the engine stalling and requiring replacement, the fuel pump failing, and the experiencing general electrical problems.

Produced between 2001 and 2005, the Aztek was a unique looking crossover vehicle that drew a great deal of criticism for its boxy shape and unattractive paint colors. Still, many car buyers found its large cargo area and numerous features charming and useful.

Unfortunately, the car hasn't held up as well as some of its contemporaries. PontiacProblems.com reports that the 2002 model year in particular presents problems for used car buyers. The biggest issues center on the electrical system. 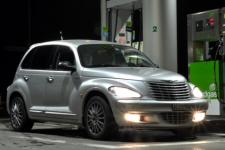 Chrysler manufactured the distinctive-looking PT Cruiser from 2001 through 2010. Although the PT Cruiser boasted a cool appearance, lots of cargo room, a comfortable and useful interior, and good handling, it had sluggish performance, poor fuel economy, and terrible reliability.

According to PTCruiserProblems.com, the fuel system is a specific problem area for all models of the PT Cruiser, including the turbo version. The engine frequently consumes oil, requiring an additional quart of oil every time the car is driven 500 miles or more.

According to the DailyMail, the Land Rover is among the least reliable vehicles in Great Britain. This luxury SUV, which is also sold to US consumers, carries a great deal of cache. Since it carries a high price tag for new models, many car buyers choose to purchase used models of this SUV.

These buyers should think twice, since 71% of Land Rovers that are more than three years old require frequent repairs, including one major repair each year. 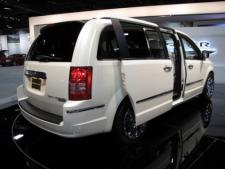 One of the first minivans introduced to the American car buying public, the Chrysler Town & Country has been around for decades. The Stow N' Go seating system, which was introduced in 2005, is popular with consumers because it improves the versatility of the vehicle. However, reliability issues make this a bad pick for a used car.

Owners on the Edmunds.com forums complain about starting problems, electrical problems, issues with the brakes, transmission failure, and a variety of other issues.

Saturn's one attempt at producing a minivan, the Relay rolled off assembly lines from 2005 through 2007. Clunky rear seats and unimpressive styling made it a hard sell with consumers as a new car, and used models are notoriously unreliable.

This luxury sedan, introduced in 2000, has plenty of brand cache, but it also comes with some serious reliability issues. In 2009, the S-Type was replaced by the Jaguar XF, but the reliability for this model was even worse.

The DailyMail also includes this car among the worst offenders when it comes to frequent repairs. AutoBlog reports that this car requires an average of 141 repairs each year per every 100 cars. Specific problem areas include the electrical system and drive system.

Introduced in 2000, the Sedona is Kia's attempt to capture some of the minivan buying market. It boasts a useful and versatile interior and decent performance, but the fuel economy is sub-par. Consumer Reports lists this car's reliability as below average or well below average for all model years.

According to CarComplaints.com, the worst model years for the Sedona are 2002 and 2005. Specific problem areas included the brakes and electrical system.

Forbes.com also includes the Dodge Nitro among the least reliable vehicles you can purchase. Produced from 2007 through 2011, the Nitro was marketed as a great SUV for families who want to tow a boat, RV, or trailer.

Know Before You Buy

Although these models are among the worst choices when it comes to used cars, they aren't the only bad picks. To avoid getting a car that will rack up the repair bills, be sure to check the vehicle title history, look up the car's predicted reliability in Consumer Reports or US News and World Report, and perform a test drive. Doing your homework helps you make sure you know what you're getting before you plunk down your hard-earned car buying dollars.