If you live in a part of the country that receives a lot of winter storms or where there are often slippery driving conditions, then all-wheel-drive (AWD) vehicles may be just the solution for you. AWD vehicles are available in a variety of body types, including sedans, minivans and SUVs, so there are great options to fit just about every vehicle need and preference.

When it comes to rating AWD vehicles, Subaru dominates the field, with three models ranked the best by multiple sources. Subaru has been manufacturing AWD vehicles for more than 40 years, and the company's claim that Subaru's symmetrical all-wheel drive is superior to other AWD systems is backed up by consistently high ratings for multiple models.

Kiplinger rates the Subaru Impreza one of the top ten AWD vehicles in 2014, and the Insurance Institute for Highway Safety (IIHS) rates the Impreza the top safety pick in the small-car segment. The Impreza offers an excellent value with a base MSRP of $17,895. Sedan and hatchback models are available. 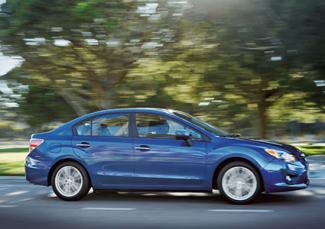 Autos.com reports that the Subaru Outback has consistently been rated one of the top AWD vehicles for more than ten years, and U.S. News and World Report ranks the 2014 Outback first in the wagons category. Increased ground clearance and better-quality tires on the 2014 model have improved the vehicle's ability to handle slippery roads, and the starting MSRP of $23,495 helped the Outback to be included among the ten best AWD values reported by Kiplinger. 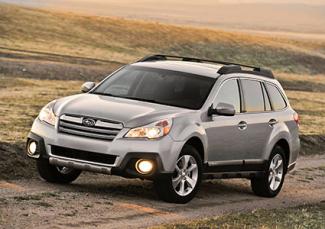 The 2014 Subaru Forester also receives high marks from several respected sources. U.S. News and World Report ranks it third in two categories: affordable compact SUVs and affordable crossover SUVs. The Forester joins the Impreza in Auto.com's list of the best AWD vehicles, and the base MSRP of $21,705 makes the Forester an economical choice. 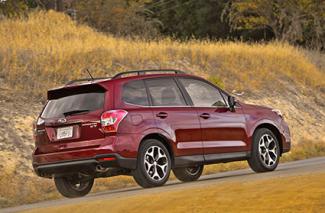 If safety and the ability to haul lots of people or cargo are your main concerns in an AWD vehicle, the Toyota Sienna is a great choice. The National Highway Traffic Safety Administration awards this sturdy minivan a five-star rating in overall safety. According to Auto Trader, the Sienna's V6 engine is the best in the minivan category, and its fuel economy is excellent in comparison with other minivans. The Sienna is the only minivan that offers an AWD option, and it has a starting MSRP of $33,780. 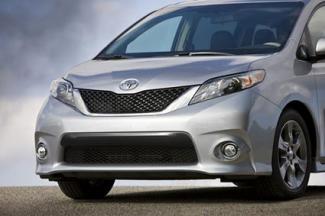 If you're looking for a domestic vehicle, you might consider the Ford Fusion AWD. This midsize sedan has been rated one of the best ten AWD vehicles by MSN Autos, and Autos.com considers it one of the best AWD vehicles on the market. The 2014 model comes with a six-speed automatic transmission and a base MSRP of $21,970. 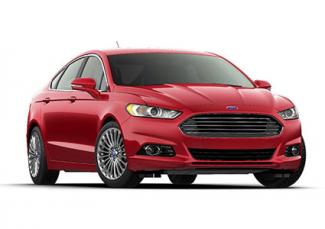 Those looking for a more opulent ride might want to spring for the Acura MDX. U.S. News and World Report ranks the 2014 MDX first place in the following three categories: luxury midsize SUVs, luxury SUVs with three rows, and luxury crossover SUVs. Autos.com rates it one of the best AWD vehicles available, and the IIHS rates the MDX a top safety pick in the midsize luxury SUV class. With a base MSRP of $44,290, the MDX may be pricier than some other AWD vehicles, but the decent fuel economy for its size, along with its solid record of reliability and safety, makes the MDX a popular choice.

Car consumers often shy away from four-wheel-drive (4WD) vehicles if they are looking to get better gas mileage. However, many consumers don't realize that AWD vehicles offer a viable alternative to gas-hungry 4WD vehicles without sacrificing much in terms of gas mileage for additional safety and control in slippery conditions.

How AWD Differs from 4WD

When it comes to having the engine apply torque to all four wheels, there are three basic systems that manufacturers can choose from to help make that happen:

While AWD is not exactly 4WD, people tend to confuse the two. The biggest difference between the two is that when a vehicle is in 4WD mode, whether it's full-time or part-time, all four wheels receive the same level of power all of the time. AWD, on the other hand, is viewed by the car industry as an intelligent system where power supplied to the wheels is variable and controlled by the vehicle's computer system.

All-wheel-drive systems feature a center differential that makes it possible for each individual wheel to receive different levels of torque from the engine. While many 4WD vehicles have handling problems in dry conditions, AWD vehicles don't have those issues. This is because very little torque is applied to wheels unless it is needed. The following types of AWD systems now exist within the auto industry:

Typically, AWD vehicles are quite advanced when compared to standard 4WD vehicles. This advanced technology was primarily invented to help car owners have 4WD in slippery conditions while enjoying better fuel mileage during dry conditions. The technology has advanced, and fuel mileage is no longer the only concern. Today, automotive engineers are designing AWD to improve the overall handling of the vehicle during all driving conditions.