Long relegated to the realm of science fiction, the availability of cars that drive themselves is closer than you may realize. Various companies are working on autonomous car technology, and some predict that these vehicles will be available by 2020.

Google's most recent prototype doesn't have pedals or a steering wheel; the operator merely presses a GO button to begin the driverless car experience, and then presses a STOP button after reaching the destination. With a top speed of 25 mph and ability to transport only two passengers, this prototype has limited commercial use, but with a planned construction of 100 models to help Google's engineers hone the technology, a marketable driverless car from this company might be less than a decade away. 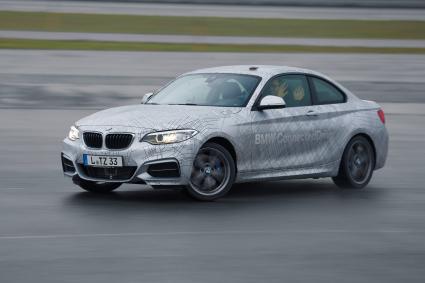 BMW has outfitted several of its coupes with driverless car technology. These vehicles are equipped with cameras, ultrasonic sensors, radar and LIDAR (radar, laser, light detection and ranging sensors) and have delivered impressive performance on public roads and at the racetrack. BMW's current goal is to place into production a mostly self-driving car that requires an operator to perform a few functions.

Ford's current autonomous test vehicle is a Fusion Hybrid outfitted with a camera, communications hardware, and LIDAR sensors that check for the proximity of objects the vehicle may encounter in the front, rear and to the sides of the vehicle. Ford has partnered with State Farm and the University of Michigan to develop this self-driving car technology. 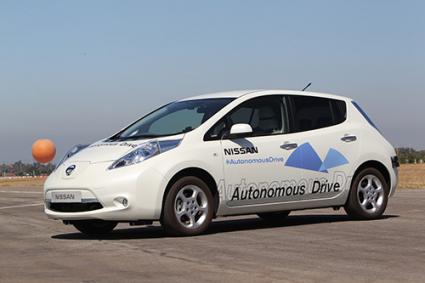 Nissan has developed a driverless car using safety shield technologies. These systems monitor the surrounding conditions and are able to react and protect the driver in a crash. This prototype can steer the car, change lanes, merge into traffic, accelerate and brake autonomously. Nissan expects to have a self-driving car on the market by no later than 2020.

Volvo is testing driverless prototypes on the roads around Gothenburg, Sweden. Five of these cars have been launched, with a total of 100 test cars planned for this two-year project. A person sits in the driver's seat to supervise while the car does the driving on designated roadways that have been mapped, and then the driver takes over and operates the vehicle on the other, unmapped roads. The Volvo prototypes employ radar, LIDAR and cameras when operating in autonomous mode. 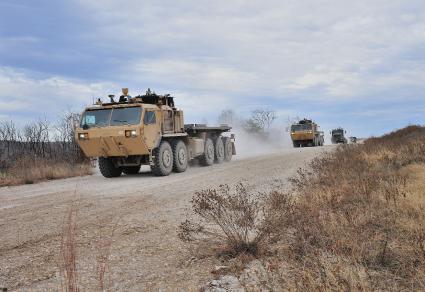 Lockheed Martin has collaborated with the U.S. Army Tank-Automotive Research, Development and Engineering Center to develop a military truck that is completely autonomous. This truck incorporates GPS and LIDAR and is part of a kit that can be installed on any military vehicle. The technology is expected to save many soldiers' lives in the future. 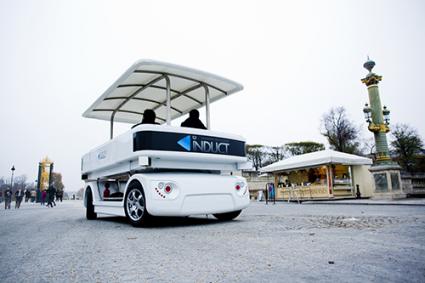 Induct Technology has developed an electric vehicle named the Navya that is available for purchase. Designed to shuttle passengers around places like college campuses and city centers, this $250,000 driverless vehicle will stop when encountering an obstruction, but is incapable of responding to traffic signals. The Navya is being used in Singapore to shuttle passengers the 1.25 miles between Nanyang Technological University and JTC Corporation's technological park.

Although street-legal cars that drive themselves are several years away from becoming commercially available, the precursors to technology that does not require a driver to operate the vehicle are being used on some cars today.

Adaptive cruise control systems use varying combinations of radar, laser, light detection and ranging sensors, and cameras to sense traffic ahead and adjust speed accordingly. Some systems can even apply the brakes to avoid a collision. Adaptive cruise control can add more than $1,500 to the price of a vehicle, so this option is mostly limited to high-end cars from Cadillac, BMW, Jaguar and others manufacturers of luxury cars.

Lane departure systems that employ cameras and software to alert a driver when the car is drifting into another lane are sometimes combined with steering assist technology to not only recognize lane markings, but also automatically prevent a vehicle from crossing the line into another lane.

Self-parking systems can help a driver parallel park by signaling when the driver should stop the car and put it in reverse, and then the computer system turns the wheel and parks the vehicle.

Collision avoidance systems are being offer by several automotive companies, including GMC, Acura, Volvo, Lexus and Mercedes-Benz. These systems incorporate various technologies, such as adaptive cruise control, sensors, cameras, and radar to recognize an obstruction and alert the driver. Some crash avoidance systems can even apply the brakes in a potentially dangerous situation. Pre-collision avoidance systems are also available that can ready the brakes for a quick stop, tighten seat belts and reinforce the suspension in preparation for evasive maneuvers.

An autonomous technology component adds $1,000 or more to the price of a vehicle and is often included as a part of a technology package costing several thousand dollars. The video below shows how the technology works in an accident prevention system designed by Mercedes-Benz.

Pros and Cons of Driverless Cars

While driverless car technology has the potential to make the roads safer, it does pose some unique challenges. For example, when a car is completely driverless, who bears responsibility if there is an accident - the driver or the manufacturer? Legislation will be required to address this issue before autonomous cars become available in the U.S.

Although this new technology faces some challenges, cars that offer mostly autonomous operation with little driver interaction are expected to be available to consumers in the near future.