Sometimes, the movie buzz is all about a fantastic car. Whether they were intentional leading characters or surprise scene stealers, the following vehicles really stood out among movie cars.

The standard for spy vehicles was set in 1964 when James Bond's Aston Martin DB5 made its debut in Goldfinger. Created by Oscar-winning special effects artist John Stears, the silver birch vehicle came with all the bells and whistles: bulletproof shield, radar screen, oil spray, tire slashers, requisite gun tray under the seat, and the pièce de résistance, an ejector seat with the control button cached in the gearshift. It was director Guy Hamilton's idea for the revolving license plates after he had received multiple parking tickets on his car.

The starring role in a 1969 Disney film, The Love Bug, goes to a little car named Herbie who stole the hearts of young and old alike. The 1963 Beetle Model 117 Deluxe Sunroof Sedan came decked out in standard factory color L87, Pearl White. Although there was no commercial identification on the bug originally, Volkswagen was happy to jump on board in subsequent films. The interior was painted in non-reflective gray so neither studio lights nor cameras would give off a reflection during filming. There were many modified "Herbies" employed during filming including one with a 356 Porsche engine, several with modified Volkswagen Bus engines, and still others with Porsche brakes. With three sequels and a 2005 reboot, there is no doubt that this invincible little Beetle continues to have appeal.

The Fast and the Furious' 1970 Dodge Charger

In a movie franchise that is all about the cars, the clear stand out is the sleek, black 1970 Dodge Charger driven by Dominic Toretto. Picture car coordinator Dennis McCarthy joined the Fast and Furious franchise team for The Fast and the Furious: Tokyo Drift, and since then has been responsible for keeping the Charger, and all the other cars, in tip-top shape. Throughout the series McCarthy has worked continually on fine-tuning the vehicle, which over the course of the films has included modifying tire sizes, adding a BDS blower, and making suspension adjustments, which were critical, particularly when filming the off-road sequence of Fast and Furious 7. This beast is the stuff of dreams for any muscle car enthusiast.

The cars that starred as "Eleanor" in 1974's Gone in 60 Seconds were purchased by the director in 1971, while he was still raising funds to start production. That meant upgrading both the lead and stunt cars during pre-production by adding 1973 grilles while retaining the 1971 front bumpers and valance panels. The Mustang sportsroofs were painted similarly to the original Ford assembly line paint scheme with the incorporation of blackout treatments along the base, to give the appearance of the Mach 1. The car skins were also stripped to add roll cages with the transmission chained down. Although viewers can see the familiar "pony badge" and company-marked hubcaps in the film, the word "Mustang" does not appear on the car as is standard on factory models.

The production crew of Stephen King's horror film Christine placed ads across the United States as they sought to purchase, at least initially, twenty-three 1958 Plymouths to play different aspects of the title role. The movie's namesake was eventually brought to life via 16 versions of the Fury; each painted red and white to portray Christine. Additionally, multiple Belvideres and Savoys also stood in for the wicked vehicle as needed. Gold or silver trim was added to the cars and any interiors used for shooting were modified and changed as required. As one of the earliest muscle cars, this Mopar made a stand in movie circles that, even today, still can't be ignored.

When Lotus PR manager Don McLaughlin wanted the newly released Lotus Esprit considered for 1977's The Spy Who Loved Me, he parked the car, sans branding, outside the film sound stage. Come lunch break the car was swarmed by onlookers, at which time McLaughlin simply got in the car and drove off without saying a single word. Having made the necessary impression, it has gone on to become an all-time favorite Bond car. Special effects mastermind Derek Meddings outfitted the multiple underwater models, primarily shells that were affectionately termed "Wet Nellies," for the water scenes. By the end, seven different Esprit models had been used through the course of production.

If you're going to be dealing with dinosaurs, the 1992 Jeep Wrangler is ideal, just in case you need to run away from a rampaging Tyrannosaurus Rex. This Sahara model, used in Jurassic Park, sported special exterior features including front bumper mounted fog lamps, step board, colored fender flares and alloyed wheels. Additionally, it was painted in Sand Beige Low Gloss Metallic paint, all-in-all making this particular model extremely coveted among Jeep aficionados.

When Transformers: Dark of the Moon premiered in New York City, it was a small wonder Bumblebee's alter ego graced the red carpet and that Michael Bay made his exit by driving it away into the streets of Manhattan. Since 2007, a yellow Camaro has been representing the youngest Autobot, and getting an upgrade with each sequel. In 2011, it was the SS model with an amber-hued paint (a variance from the traditional yellow), wider rally stripes to highlight a new paint scheme, and darker wheels that took fans by storm. As a benefit of product placement, the appearance of the all-American Camaro in the Transformers movies has done much to see marked sales increases in that particular Chevrolet line.

Dennis McCarthy, the man behind the cars in the Fast and Furious franchise, also created the 2011 Green Hornet's Black Beauty. He based the design on the original vehicle that made its appearance in the 1966 television series. He used a 1965 Chrysler Imperial that still had the original 413 cubic-inch V8 engine as the foundation, and added some not-so-standard features including a grille-mounted flamethrower, revolving rear license plate and green headlights. However, it was the two hood-mounted, Browning .30 caliber machine guns that everyone was talking about.

It was a Miller-Meteor 1959 Cadillac with professional chassis that, dressed for success, became the Ghostbusters iconic Ecto- 1. Art Director Stephen Dane was called in a mere two weeks before shooting when producers realized that neither the set decorator nor the prop master had created some of the key elements, including the car, which was integral the story. With no time to spare, he used off-the-shelf stock items. Though the original design was far more complex, when production started, the car design was halted where it stood. As it happened, Ecto-1, in spite of production foibles and lack of time, became a vehicular star.

George Lucas wanted a car that reminded him of his cruising days as a youth in Modesto, CA, for American Graffiti. He accomplished that, and then some, with the 1932 Ford Coupe driven by actor Paul Le Mat as "John." Lucas had very specific ideas about the car, including reconstruction of the fenders as a nod to fender laws that, during the time, were contentious for hot rodders. The car that started out as a fully fendered red coupe was taken by trailer to multiple shops to see it transformed into the hot rod that blew the tires off its competitors, and the minds of fans. Interestingly, following production, they tried to sell the car for $1,500 with no takers.

Batmobiles continue to spark both directors' and moviegoers' imaginations and none did that more than this brilliant design from Anton Furst for Tim Burton's 1989 offering. Furst, who won the Oscar for his art direction on Batman, used Burton's unique vision, a complete 180° from the 1966 series car. The design featured the now iconic jet turbine intake on the front, framed with classically swept fenders that carried all the way through to the back of the vehicle. The interior dashboard echoed a high-end aircraft instrumentation panel, featured a self-diagnostics system, and a futuristic voice-command recognition system. It stands as a masterpiece of not only automotive, but architectural fabrication.

The villian, Ernst Stavro Blofeld, drove the Jaguar C-X75 in Spectre and it stole the show, even from Bond's Aston Martin DB10. The concept car was created in honor of Jaguar's 75th Anniversary in 2010, but Williams Advanced Engineering built seven of the vehicles for the film. Two were designated as 'star cars,' perfect inside and out for close-ups and detail shots. The remaining cars handled the stunts with one specially built to allow the actor to appear as though he was driving, but the stuntman handled the real action during the shoot.

Movie cars continue to capture everyone's imagination and it's no small wonder. Whether it's a fondness for the classic, fantasy, sports, or animated variety, cars are often the characters that stand out in the spotlight, or perhaps in the headlights, of popular films. 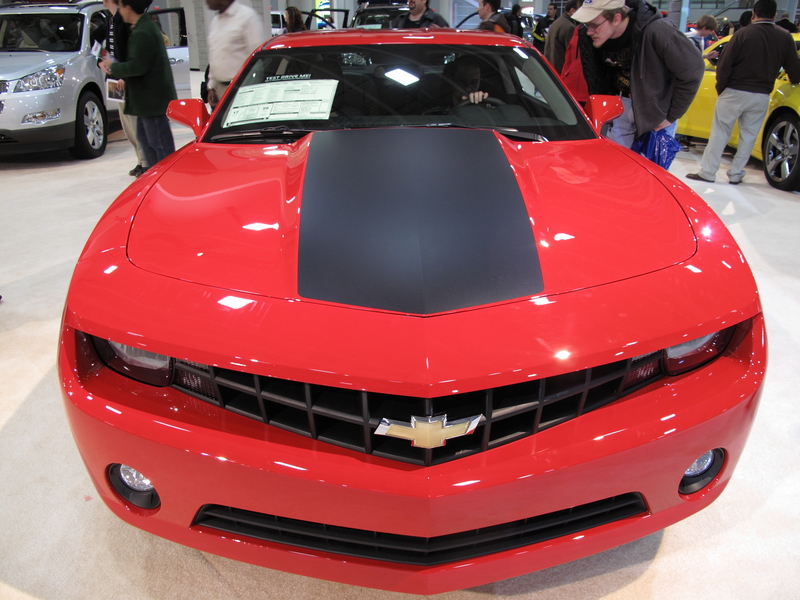