Driving is an important part of the United States economy and a major influence on American culture. As citizens of one of the most mobile countries on the planet, Americans drive thousands of miles every year.

Although this number may seem high, it's actually only a snapshot of how Americans drive. To further understand United States driving habits, it helps to look at the miles driven by various groups of citizens.

American men drive considerably more miles than American women, according to the FHWA. The average man drives 16,550 miles per year, while the average woman drives 10,142 miles. This gender difference holds true across all age groups.

Americans do the most driving during middle age and the least driving during retirement. Americans between 35 and 54 years of age drive 15,291 miles per year on average. Those over age 64 average only 7,646 miles annually.

Who Drives the Least?

Women over the age of 65 drive the least of any age group, averaging only 4,785 miles each year. This may be due to generational differences in male and female roles and the high rate of retirement in this demographic.

Who Drives the Most?

Of all Americans, men aged 35-54 drive the most miles. These drivers, possibly commuting to and from work, log 18,858 miles each year.

States with the Most Miles Driven Annually

The FHWA also keeps statistics about the miles driven by drivers in each state. According to the FHWA, these are the top five states for annual miles driven:

Whether they have to commute a shorter distance or have alternate methods of getting from place to place, drivers in certain states log fewer miles than others. Drivers in the following five states drive the least of all Americans:

Do Families with Children Do More Driving? 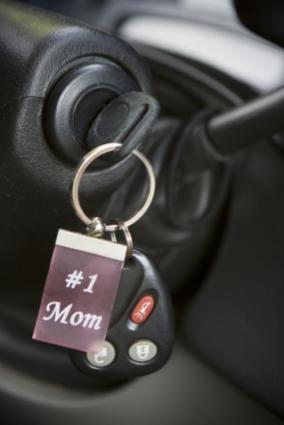 According to the Surface Transportation Policy Partnership (STPP), mothers spend more time driving than non-mothers. STPP also reports that mothers make more trips in the car each day, likely to pick up and drop off kids from soccer games and other events.

Exactly How Many Miles Do Americans Drive Each Year?

The FHWA reports that in 2000, the last year with figures available, 190,650,023 United States citizens held drivers' licenses. Since the average driver logs 13,476 miles each year, that means that in total, Americans drive more than 2.5 trillion miles annually.

In recent years, several factors may have begun to influence the way Americans drive. Higher fuel prices, economic and environmental concerns, and employment challenges may result in significant changes to the automotive industry and driving statistics. To learn more about American driving habits, visit the Federal Highway Administration website.

Comments
© 2006-2021 LoveToKnow, Corp., except where otherwise noted. All Rights Reserved.
How Many Miles Do Americans Drive Per Year?