Finding the best luxury SUV can be tricky. There is not single agency that rates SUVs. There are, however, respected sources for automobile rankings, including Consumer Search, U.S. News and World Report and Car and Driver. These magazines rank luxury SUVs in different categories, such as by size and fuel efficiency. Referring to these magazines can help you find the best SUVs with the comfort features you want. Knowing what the top cars on the market are will help you to narrow your search before you set foot on the lot.

The nation's top luxury SUVs are ranked by consumer guide magazines and assigned different categories based on size and other considerations.

If you're in the market for a sport utility vehicle, chances are that you don't think less is more. For those who agree that bigger is better, there are a variety of larger SUVs with luxury features. 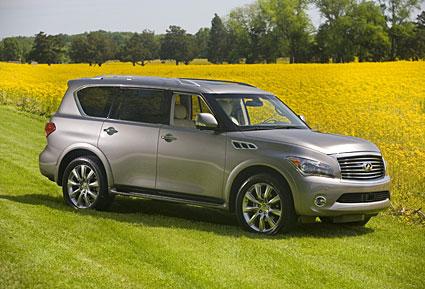 You may not want the biggest vehicle on the block. Both parking and fuel efficiency considerations may lead you toward a more modestly sized sport utility vehicle. Those interested in such an SUV should look into the top-ranking mid-sized luxury SUVs. 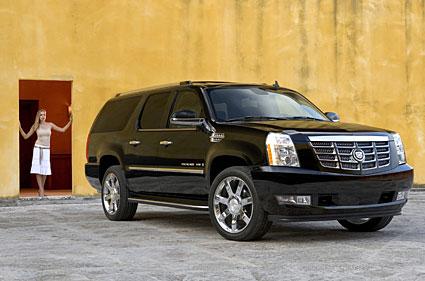 In addition to the aforementioned Mercedes-Benz GL Class, Car and Driver magazine has noted a number of other fuel-efficient luxury SUVs. These allow the driver to save money at the pump as well as be ecologically minded, even while driving a large SUV.

Shopping for a Luxury SUV

Knowing the top models in the luxury SUV class will save you time with car shopping by narrowing your decision before you speak to a dealer. If you are in the market for luxury, knowing what the top models in the class are will allow you to spend your dollars on the absolutely best sport utility vehicle that money can buy.