Buying a used car is a great way to minimize your auto debt and keep your monthly payments low; however, you can see this savings disappear if you purchase a vehicle that requires lots of costly repairs. All used vehicles are not created equal, so doing your homework is important.

If you're concerned about cost-of-ownership, especially fuel economy, a compact or small car may be your best choice. Although these compact models won't work for a large family, they get great reviews as used cars.

US News gave the 2009 Hyundai Elantra its top spot on a list of the best small cars under $12,000. For its size, the Elantra offers plenty of room for cargo and passengers, and it comes with power windows, locks, and cruise control. Performance was peppy, and this car received good marks for reliability. It also got good fuel economy. The Elantra started out with a negative reputation for reliability, but Hyundai has worked hard to turn that around. The redesign that took place in 2007 made the car more comfortable and reliable, and another redesign in 2011 also helped improve this pick.

It's important to note that if you're buying the base model of the Elantra, it will not come with air conditioning. You'll need to go up to the higher trim levels to get that. Older models also may not include anti-lock brakes, which are an important safety feature. Additionally, reviews complained about road noise on some of the older Elantras.

Expect to spend between $7,000 and $14,000 for a used Hyundai Elantra. Price will depend on the number of miles on the car, its features, the model year, and your location.

Another standout model according to US News, the Honda Civic has long held a reputation for affordable, reliable transportation. Although it is more expensive than the Elantra, it out-performs the other cars when it comes to acceleration and fuel economy. The Civic was first introduced to US buyers back in 1973, and since that time, it has gone through many redesigns. Edmunds reports that every model year has performed well in reviews and long-range reliability reports.

One of the issues you may face with the Honda Civic includes a cramped back seat, which can be especially challenging on the coupe model. In addition, safety features like anti-lock brakes, side curtain air bags, and stability control did not come standard on some of the lower trim levels. If these features are important to you, you'll need to make sure they are included in the specific car you're considering.

Depending on the age, mileage, and features of the used Civic you're considering, you could spend as little as $4,000 or as much as $22,000.

For many families, a four-door car offers the best mix of practicality and fun. Some used sedans have a reputation for delivering reliable, affordable transportation. If you stick to one of these options, you're more likely to be satisfied with your purchase.

According to Forbes.com, the Ford Taurus, especially any model produced after the significant redesign in 2008, is a great value. The redesigned Taurus has consistently received good ratings for reliability. In addition, comes with a number of comfort features like power seats and windows, cruise control, and air conditioning. The car offers plenty of room for passengers and cargo and provides a comfortable ride. Both the four-cylinder engine and the V-6 offer great performance too. What makes this vehicle an especially great value is that the Taurus tends to have a lower resale value than other family sedans. This is great news for used car buyers. 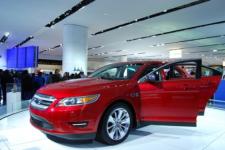 Edmunds notes that although the interior of the Taurus is logically laid out and roomy, the seat position may make it uncomfortable for drivers who are taller than average. Edmunds also noted multiple complaints about the reliability and general design flaws of pre-2008 Taurus models.

Any Model Year Honda Accord

CarsDirect lists the venerable Honda Accord as one of the best used cars you can buy, citing its proven reliability and high resale value. Ever since Honda introduced the Accord to the US market more than three decades ago, this car has had a loyal following. It handles well, gets good fuel economy, and stands the test of time. On Honda Beat, an owner forum, many Accord owners report getting well over 300,000 miles on their cars. All model years receive great reviews. 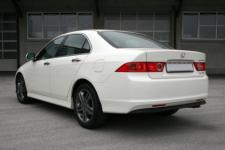 As a used car, the Accord's biggest flaw is that it doesn't stand out from the pack. Its looks are attractive but not flashy. It can handle basic driving with no problem, but it won't win in a drag race. It is comfortable and has lots of nice features, but it may not offer some of the newer technological bells and whistles of American cars.

The price of a used Accord will depend on mileage, trim level, model year, and other factors. You may find older, high-mileage models for as low as $4,000.

If you need to carry cargo or sports equipment, nothing beats the practical convenience of a wagon. The following picks make great used vehicles. 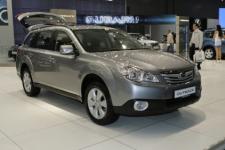 According to CarsDirect, the Subaru Outback is one of the best sport wagons you can buy. Featuring all-wheel drive and boasting impressive performance, this car will get you where you need to go both on and off road. This car is comfortable, although the ride can be a little jarring at times. The Outback was redesigned in 2005 and 2010, both times receiving better features and styling. Models from before 2005 may not offer the same level of reliability as those made after the 2005 redesign.

Fuel economy on the Outback is a bit lower than on a sedan or compact SUV, typically ranging from 20-25 miles per gallon. If you're on a budget and have concerns about your fuel expenses or you're worried about your impact on the environment, this may not be the best option for you.

Cars Direct also heartily recommends the BMW 3-Series Sport Wagon. For several years, Car and Driver Magazine has raved about this wagon. This spacious wagon offers plenty of creature comforts, as you would expect from a luxury automaker. You'll enjoy the zippy performance, responsive handling, and stylish touches as well.

On the down side, the brand name cache of this wagon make it pricey for the average consumer. If you're looking for a used car deal, this may not be the best option for you.

If you need to travel on snow or ice or drive off-road, and SUV is a great choice for a used car. However, not all SUVs have a reputation for value and reliability. The following models get consistently great reviews. 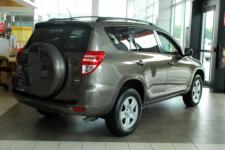 Consumer Reports includes the Toyota Rav-4 on its list of the best used cars. All model years have great ratings for reliability, and the vehicle has gone through several redesigns. In 2006, Toyota added an optional V-6 engine and third row of seats. This redesign also made the vehicle longer, allowing for more legroom in the back seat and more rear cargo space. Overall, the Rav-4 is fun and easy to drive and handles well on snow and ice.

It's important to note that older models of the Rav-4 are shorter, resulting in less legroom. If you have older children or adults who will be riding in the backseat, be sure to test the space in models made before 2006.

According to Cars.com, the Honda CR-V has had a loyal following since it was first offered to US car buyers back in 1997. This car offers great value for the money and gets very good gas mileage. The interior is quiet and comfortable, and the optional all-wheel-drive offers secure and safe handling. The exterior is attractive as well. 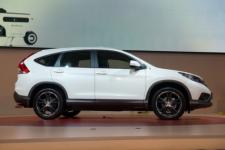 Cars.com didn't like the seat fabric on the base model of this small SUV. The performance of this car is adequate, but it won't win any races.

Luxury cars offer plenty of comfort features, as well as brand cache, but they aren't always affordable new. If you're in the market for a used model, one of these cars would be a great pick.

According to CarMax, the Acura TL is one of the very best used luxury cars you can purchase. This car's incredible performance, coupled with its solid reputation for reliability, make it both fun and practical. Redesigned in 2004 and 2009, the TL comes with a powerful V-6 engine and a stylish and sporty exterior. Each redesign made the interior roomier for passengers as well.

There aren't many complaints about this luxury sedan, but some reviewers felt that the car's interior could be more stylish. Handling was also less responsive on older models.

Prices for Acura TL sedans range from under $4,000 for older, high-mileage models to about $30,000 for newer cars.

Cars Direct also praised the Infiniti M35 for its value. Although all luxury vehicles are expensive, the M35 offered more features for the money than many of its competitors. These features include a navigation system, adaptive cruise control, and a number of power features. When the M35 was first introduced in 2003, it didn't stand out from the competition for its performance or style. However, subsequent redesigns have made it more attractive.

Reviewers complained about the M35's cabin quality, but overall, buyers find this car comfortable and value-packed. The M35 was retired after the 2011 model year.

The Toyota Sienna and Honda Odyssey are both great minivan choices if you're considering a used model. Before you buy, be sure to read up on the best used minivans.

When it comes to buying a used vehicle, there are a lot of unknowns. The more you can find out about your vehicle, the better chance you have of knowing it's one of the best on the market. Keep these tips in mind, no matter which model you buy:

The Best Used Car for You

Regardless of the industry recommendations, the best used car is one that fits within your budget and meets your needs. Before you begin shopping or researching specific models, give some thought to what you really want in your car. This is the most effective way to find the best used car for you.