While there is only one Kia minivan, you may also find that a Kia crossover vehicle meets your needs. Whether you're a dad or a minivan mom, a minivan is good for hauling goods around town or transporting larger numbers of people than a standard car can accommodate. Because of their similar size and level of convenience, the Korean automaker actually considers crossover vehicles and minivans to be in the same automobile class. Those looking to purchase such a vehicle from Kia have three options, all with their own features.

Deciding on a Kia Minivan 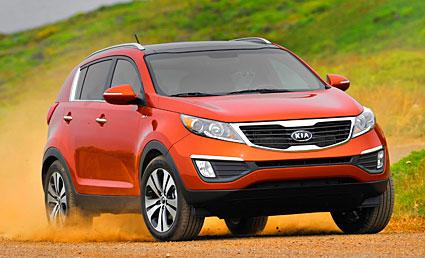 When you go down to the lot to buy, part of your decision will be based on budget, and more money doesn't necessarily mean more value. The most expensive option, the Sedona, was named one of the best minivan values on the market. Additionally, the Sorento has been named a good value. However, this doesn't mean that the Sportage isn't the right vehicle for you and your family. Test drive all three, and think about what features your family needs. Do you go on lots of long trips, or are you mostly a local family? How much cargo space do you really need? These are the types of questions you will have to ask yourself when deciding whether to choose a Kia minivan or a similar crossover vehicle.