The electric car has come a long way since its inception. Recent technological advancements by Tesla Motors have propelled their battery powered cars to go further than ever before on just one charge. To top it off, their supercharger stations allow select cars to receive a half battery charge in only 20 minutes.

Tesla is famous for three different models, not all of which are being produced at this time. In fact, they currently only manufacture one vehicle. However, an SUV is in the development stages.

The Tesla Roadster is the sports car that changed the electric car game. EV naysayers thought that these battery-powered cars were slow and could only drive short distances between charging. Tesla proved that this was not the case, and that even electric cars can go the distance.

The Roadster is a sporty, two-seater car designed to go about 245 miles on a single charge. What's more, this car is fast and agile. Because it is electric, it produces instant power the second the accelerator is pressed. Gasoline powered cars have to build power slowly because of their design.

Tesla announced in early 2014 that they would offer an upgraded battery pack for the Roadster. This would bring the total mileage from 245 to 400 miles on a single charge.

The Model S is the only one in production at this time. Tesla touts the car can drive up to 300 miles per charge, however third party reviewers have noticed that it depends upon a few factors like driving conditions and how many accessories the person uses while driving. Also, these cars are available with Tesla's Supercharger system. This means you can charge the battery to about half capacity in 20 minutes - making it even better for customers who would like to go long distances.

There is a catch, however. You have to be close to one of the Tesla Supercharging stations. Furthermore, supercharge stations only work on Tesla vehicles. 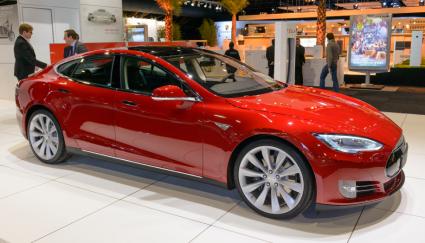 The Model S has also won many awards: 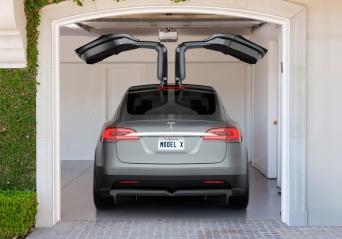 In the near future, the Model X will come to life as a cross between a SUV and a minivan. According to Tesla, the Model X is all-wheel drive and comes standard with a third row of seating that even adults can easily get into. A truly unique feature is the falcon doors, which open up towards the sky.

There is not much information about the Model X or when it will become available. According to the Tesla forum, the available date got pushed back. However, with numerous engineering obstacles, this is understandable. Currently, it does not seem as if much has changed in the way of power options. The usual 60 and 85 kWh battery packs are the only possibilities.

Tesla is forging the way of the future for automobiles. They have proven themselves with their technology, and their desire to help consumers all leave a smaller footprint on our planet.